Number of unsecured creditors by age-group

Figure 5.1 shows that whilst the 45-54 age group have the highest number of creditors on average (7.8), which we’d expect given that this age group also had the highest level of average debt, the gradient of the curve is much steeper. This means that the average debt per creditor increases significantly, suggesting that much larger sums are borrowed, as the population age increases. 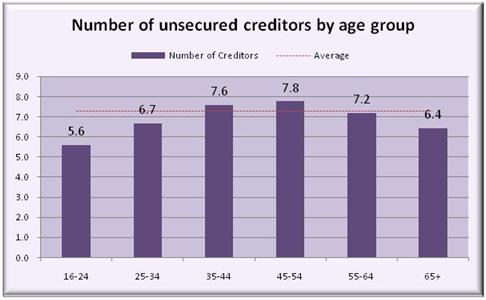 Number of unsecured creditors by region

Figure 5.2 shows that North East has the highest number of creditors (9.2) on average, despite having a lower than average level of unsecured debt. The average debt per creditor for North East is actually 42% lower than South West, which has 7.3 creditors on average. 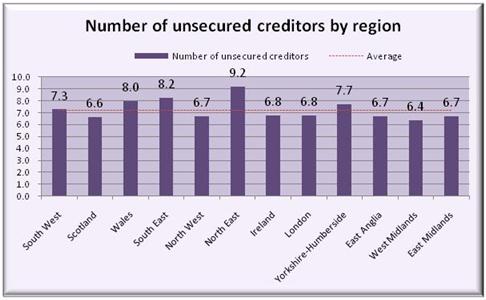