Figure 1.1 shows the average level of unsecured debt fell 10.4% from Q4 2009 to Q1 2010, whilst household income fell at a slower rate of 8% over the same period. As a result, debt-income ratio fell 2.5% from 1.31 to 1.27, which we’d expect to see over this period due to the ‘New Year resolution’ effect, where a higher proportion of callers with lower gearing contact the helpline to spring clean their finances. 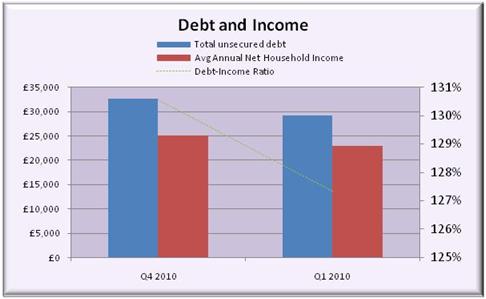 Figure 1.2 shows, as we’d expect, that the average level of unsecured debt increases in line with net take home pay. The debt-income ratio however, diverges, running analogous with the % of income used to service credit debts. Not only do severely impoverished, low-income families find it more difficult to maintain spending on essential items (such as food, housing and travel) but they are also more exposed to future upward revisions in interest rates. 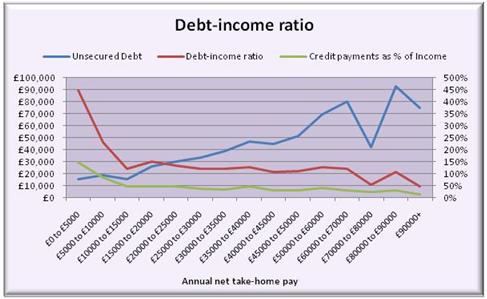 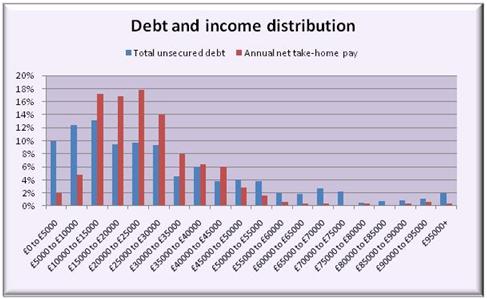