Whilst the debt-income ratio often gets used as a proxy for financial wellbeing, the pay-back period and severe impoverishment rate are actually more robust relative measures, as they take account of cost of living disparities. Figure 7.1 shows that the 45-54 age group has the highest impoverishment rate (this is the proportion of helpline callers that has insufficient income to cover essential living costs). The correspondingly low average pay-back period (calculated assuming interest is frozen) is due to a higher proportion of the segment falling into the severely impoverished category (by definition, anyone that is unable to contribute to their debt repayments is excluded from the payback calculation). Interestingly, whilst payback period varies significantly across the other age-groups, the severe impoverishment rate remains reasonably consistent. 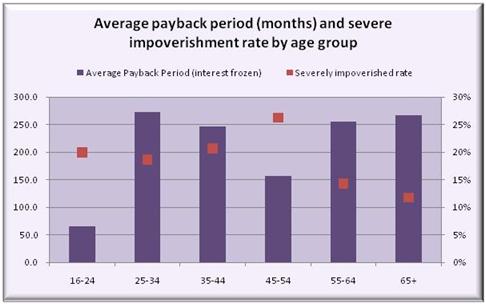 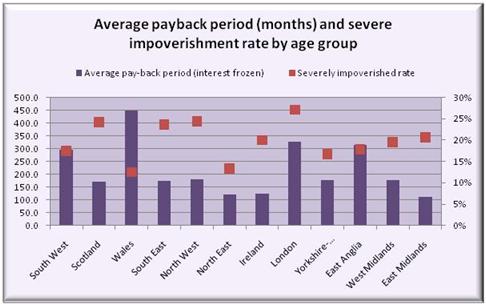